Posted on November 21, 2012 by vagabondinkaleidoscopia 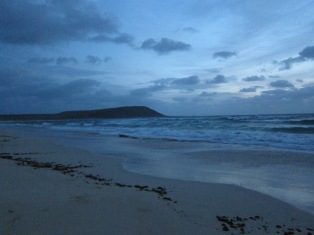 Reporting in from Sal, Cape Verde again. The killing heat of the first few days has let up to make way for stormy wind and nicer temperatures. A lot of wind, kite and wave surfers are starting to turn up here for the start of the surfing season. Every time I see them skimming across the sea I get the urge to join them. It looks like so much fun!

Being a sand island, Sal has almost no vegetation and accordingly, no 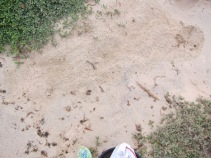 local fruit or vegetables. The only thing they can actually produce here is probably goat cheese. A man in a strange floppy hat comes by the house twice a week to sell cheese. Other than that, dried things such as beans, chickpeas, peas etc. make up a large part of the diet here. Fruit and veggies are pretty expensive. I spend a good part of my free time experimenting with how you can variate bean stew to be more interesting. My newest successful creation is caramel porridge. 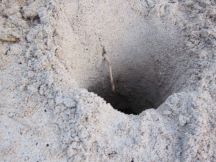 The work has become a sort of routine by now. Morning patrol, nap, lunch, hatchery, release tour, bed. I don’t really feel like going out very much. But since we’ve moved to the house next door, I have a room to myself, right at the top of the house, with a bunk bed and if you stretch a little you can see the sea.

To maybe illustrate what I do a little better, I’ve taken pictures of one of the morning patrols.When we set out its still not quite light. The sun slowly comes up while we work. The beach, called Costa Fragata, is quite long and toward the end of the season where theres not as many nests hatching, the part that takes longest is the walking, not the excavating. When we see tracks that look like the picture, we know a nest has hatched.

We dig up the nest and count the egg fragments and unhatched eggs, measure the nest. 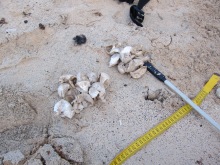 Sometimes we’ll find stragglers in the nest, Babies that haven’t quite made it to the surface yet, like all their siblings. We let them make their way to the sea and watch out birds and crabs and dogs dont get them before they’ve even reached the water. After that they have to look after themselves and we wont see them again until they come back to nest, after 20 or more years.

As it is the end of the season though, the nests are getting fewer and the morning patrols shorter. Only two excavations today. Only a week or so ago there were 5-8 per day! 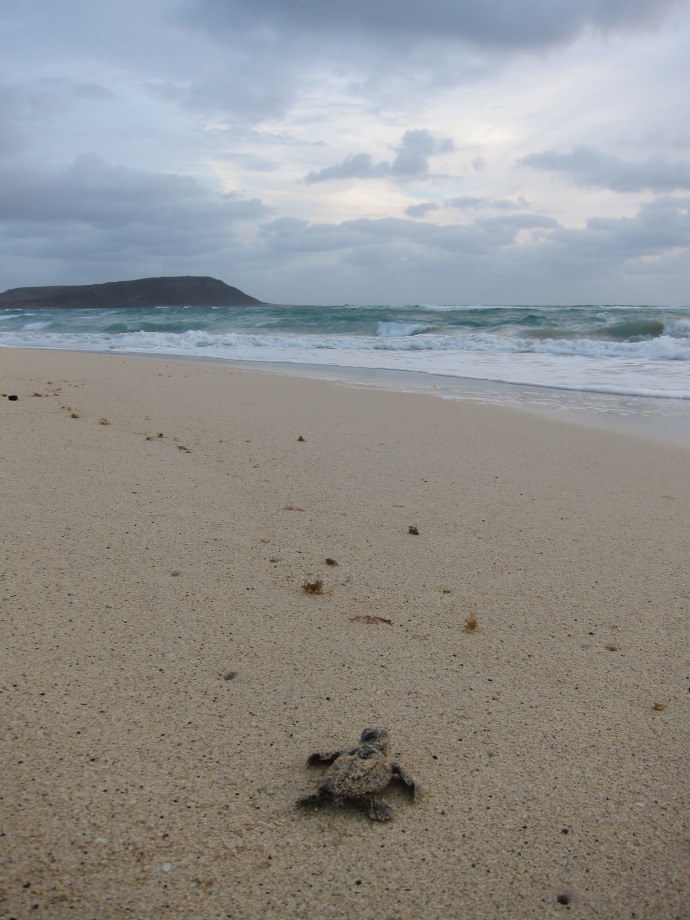